How To Get Your Life Together

My life today is the best it’s ever been.

I’m in the best shape of my life, I’ve got more girls than I can handle and I get to do what I love every day.

I answer to no one and do exactly what I want every day of the year.

Flashback 13 years, I’m 20, failing out of University, smoking weed all day and living in an absolute pigsty.

In other words a complete f*cking disgrace.

No discipline, no direction and no dedication.

That was until one day I came home to my filthy apartment and in disgust vowed never again. 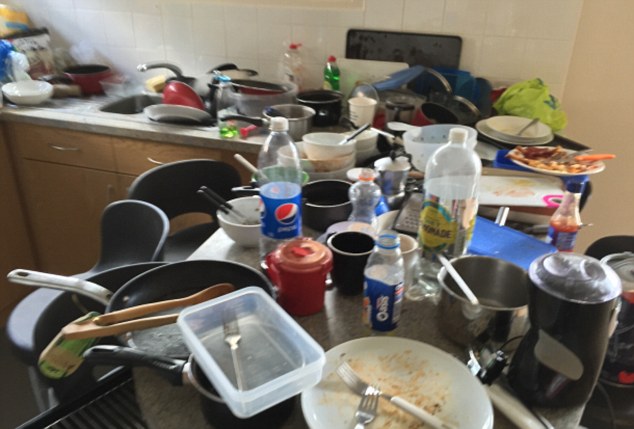 That was the day everything changed

That was the day I decided to get my life together.

It was hard but I knew I deserved more from life then to live like a dirty dog in a disgusting apartment.

That day I put together a list of all my goals and all the things I wanted to accomplish.

I decided I was going to get my priorities straight and set the goals for the life I wanted.

THAT ONE DECISION CHANGED EVERYTHING

That one decision lead me to where I am now.

I shudder to think how things would have turned out if I hadn’t vowed to change that day.

Now I’m not saying its been smooth sailing since then because it hasn’t been.

I struggled because I didn’t know anything about the principles of momentum and sustainability.

The goals I set were unrealistic, unsustainable and many times counterproductive.

And then when I wouldn’t hit my goals I would beat myself up and fall back into depression.

Does This Sound Familiar?

You finally get yourself up only to fall back down because you bite off more than you can chew?

It happened to me more times then I care to remember because I didn’t have the right goals.

I didn’t have the right priorities because I wasn’t serious.

I thought I was serious but in reality I didn’t even know what serious meant.

Now I’m as serious as a heart attack and I don’t accept anything less than total victory. 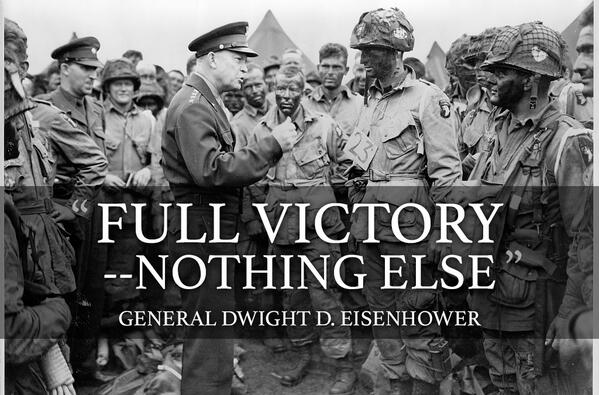 Are you Ready to get serious or do you want to keep f*cking around?

If you’re serious about success then it’s time to step up and get your rep up.

It’s time to get your priorities together and set actionable goals for success.

If you don’t it’s going to be impossible to get the things you want.

By not taking action you’re telling life that you’re fine with things the way they are.

Success doesn’t happen by accident, and neither does failure.

You choose your destiny

If you’re not serious about success then you can just stop reading now and go back to f*cking around.

I know some of you guys just read this site for entertainment and don’t take any action whatsoever.

You just like to feel good and get motivated on what you’re going to do…but not take action.

You don’t take action because you don’t have an achievement mentality.

Instead you chase fleeting pleasures.

I’ve been there and I’m going to tell you something you already know.

Chasing pleasure will not make you happy, in fact it will do just the opposite.

We’re men, and men are meant to build and conquer 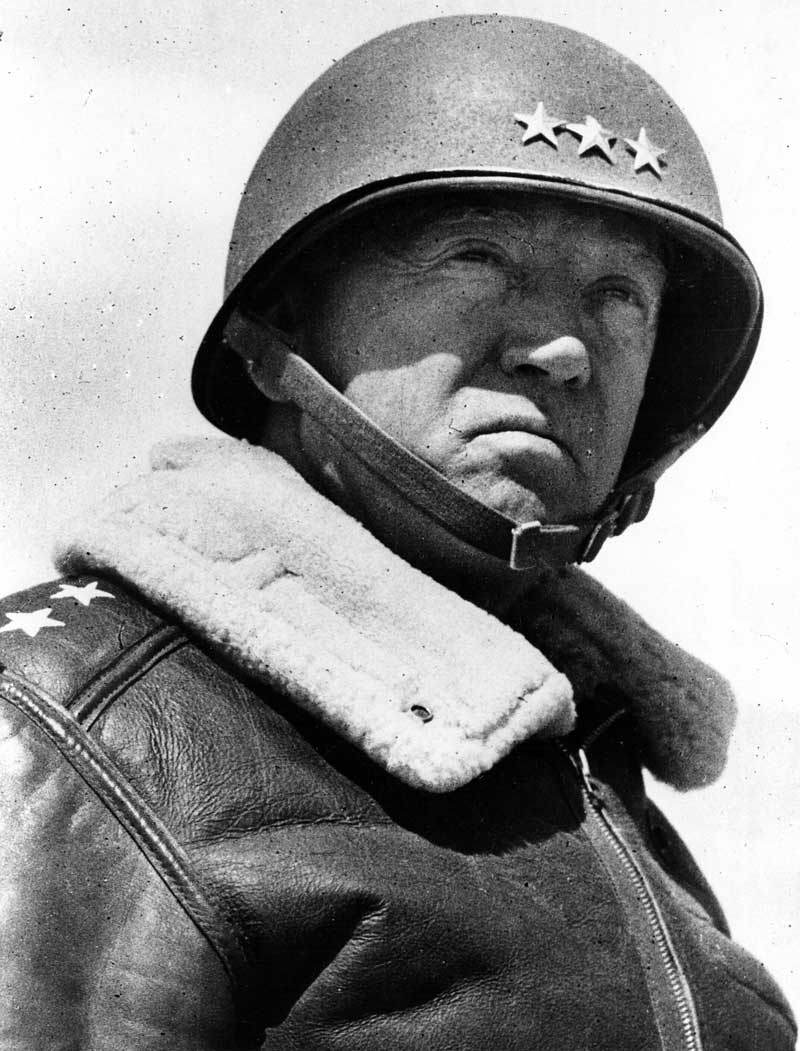 The only time chasing pleasure will make you happy is after a hard day of work – when it’s been earned.

And more importantly – if you’re poor you can’t afford to chase pleasure.

You sacrifice a chance at greatness for pizza, beer, and watching men exercise.

The price you pay for putting pleasure first is your happiness.

You spend the rest of your life chained to a desk under fluorescent lights doing something you hate.

After three decades of that you’re 50, pale fat, bald, bent and tired.

You exist to pay for a house, a car, a wife and kids that you can’t afford.

This is the reality for MOST guys.

And that’s if you’re lucky

If you’re unlucky you get to pay alimony and child support to see your kids every other weekend.

I’ve seen it with my own eyes.

Life is not a trial run.

You only get one shot and the world does not give a single f*ck about whether you make it or not.

If you’re a young guy I know this might be hard to see right now but you have to trust me on this.

You pay for every mistake in your youth with compound interest

I’m writing this article because I’m worried you don’t fully understand what that means.

Every shot you don’t take at 20 costs you exponentially by the time you hit 30.

I’m worried that you don’t have the right priorities

If you’re still living in your mom’s basement your number 1, 2 and 3 priority should be moving out.

Don’t get me wrong, I don’t want you to live like a monk

I want you to have women.

I want you to feel the confidence of a player.

I want you to have an amazing sex life.

But I want you to have all that AFTER you get the fundamentals in place not BEFORE.

You guys are trying to eat dessert before dinner.

That harem of attractive women is not going to pay your rent.

You’re still going to have to go to shuffle in to work on Monday morning to make some other guy richer.

Having a harem is fun but nothing is more satisfying then doing work you love and owning your own time.

I’ve had both and I’m telling you from experience.

I don’t want you to end up like most guys – a broken husk of a man shuffling through life.

I don’t want you to accept mediocrity.

I want you to accept nothing less then greatness starting today.

That means its time to get your priorities straight once and for all.

Your number two priority now is your health because you only have one body.

That means eating right, getting in shape, exercising every day and getting enough sleep.

If that sounds materialistic, that’s because it is. The slavery system you were born into runs on money.

People without money have no options because everything in life costs money.

Every problem you have can either be solved by or greatly enhanced by money.

But to make real money, money that will change your life, you have to become your own boss.

When you’re not your own boss your wealth is dependent on how much another man decides to give you.

To make real money means you need to start your own business.

Investing in your own business is the greatest investment you can make.

When you own your own business you own a money making machine.

Everything and everyone in your life is looking to take from you except for your business.

Your business is the only thing that gives.

Because of this you need to put your business where it belongs, in first place.

From now on you’re married to the money. 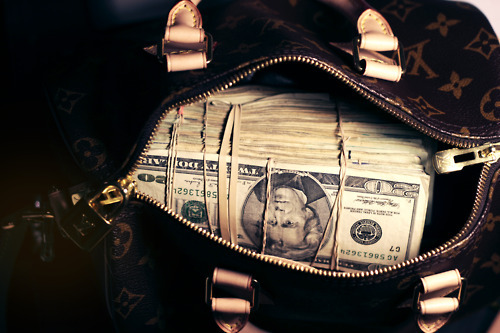 Your lifestyle is going to determine your direction in life.

If you’re partying and waking up at noon, success is going to be impossible.

You need discipline, dedication and determination.

That means getting up early, getting organized and getting your budget under control.

In your new life of kicking ass and taking names – personal relationships are now your lowest priority.

That’s because a successful man is by definition a busy man.

Every social relationship comes with social obligations and you only have seven nights in a week.

Most of those nights are now going to be devoted to priority number one – making money.

People are just one of the things that have to be sacrificed on the altar of greatness.

Within your relationships there is even another level of prioritization.

As you can see casual dating is now your absolute lowest priority.

If you’re truly committed to getting ahead you need to keep women to a minimum (until you’ve earned the right to have free time).

Women drain your time, your bank account and your energy.

And deep down they don’t even want to be your first priority, in fact they’ll punish you for it.

There is nothing more attractive to a woman then a man on a mission who keeps himself just out of reach.

So – now that you’ve got your priorities together it’s time to set your goals.

This means every year you’re going to set four realistic goals based on your four priorities in life.

Then you’re going to spend the entire year attacking these goals like you have a gun to your head.

You’re not going to think ten years from now because you can’t predict the future.

Instead you’re going to put your blinders on and tune out everything that gets in the way.

You’re going to think, act and talk like the CEO of Me, Inc. and live your life quarter to quarter.

You’re going to review your performance every year and adjust yourself accordingly.

Here is how to set up your four yearly goals in order of priority:

You’re going to live and die by this goal.

To hit my wealth goal this year I wrote two high quality books.

People told me it takes a year to write a good book but I did it in three months working 15 hours a day.

Then I did it again on my second book. That’s how seriously I took hitting this goal.

The end result is that I decimated my wealth goal.

A realistic goal for you would be adding $20,000 to your income.

Your health goal is your second most important goal.

For most of you, assuming you’re healthy, this is going to be a physique goal.

A realistic goal for a beginning trainee is adding 20 lbs. of lean muscle to your frame.

Your lifestyle goal is your third most important goal.

My lifestyle goal this year was to move to Thailand.

It took a lot of prep work to get here but it was the best decision I made this year.

A realistic goal for you is to become a minimalist by getting all your possessions under 200 things.

Your relationship goal is now your fourth and least important goal.

A realistic goal is getting a supportive girlfriend who’s going to accept your mission.

Another realistic goal is to aim to f*ck 12 new girls or one new girl a month.

Now that you have the foundation built you can have some fun.

Now that you’re working hard, going to the gym, being disciplined now you can start playing with girls.

There’s nothing wrong with devoting a few nights to women when you have your sh*t together.

I’m not telling you anything you don’t already know

You know you need to make a change.

You know you deserve more out of life.

You know you’ve been thinking about it long enough.

Now you have the roadmap.

Now you know what you have to do.

Now you don’t have any more excuses.

NOW IS THE TIME TO MAKE IT HAPPEN