Be A Victor Not A Victim

The nature of our world is one of unlimited wants and limited resources.

Every man wants to enjoy a happy, comfortable life with plenty of leisure time.

Every man deserves these things – but that’s not how it works.

Nature doesn’t care what you deserve.

Nature is amoral and unfair.

Nature gives the finer things to the strong, ruthless, intelligent men who are determined to win.

To the victor goes the spoils

Victory, by it’s very definition, is a net sum game. For you to win many people have to lose.

Whatever it is you want: the girl, the client, the house  – you have to take it from someone else.

If this bothers your conscience then victory is not for you – this is the world we’re born into.

Victims can’t accept the nature of the world.

They rail about social justice and privilege and oppression as if they can change human behavior.

They preach equality as if nature made anyone or anything equal.

They think they can change the world because they refuse to study the history of the world.

History Is Written By The Victor

In better days being a victor was something to be admired.

Men were taught to pull themselves up by their bootstraps.

These noble men came together and built a victor nation the likes of which the world had never seen.

Within just a few generations America became the most prosperous nation in history.

For over 100 years men lived better and with more freedom than ever before.

Since then America has been hijacked by a fanatical cult of collectivists.

By social justice warriors who want to handicap the strong and glorify the weak.

Victimhood has been elevated to the highest moral plane of their godless religion.

The very men who built their country have been deemed oppressors and beyond redemption.

The result is a nation of lazy, whiny, entitled, weak-minded crybabies.

America has been brought to it’s knees by these pussies and their victim mentality.

I REFUSE To BE A VICTIM

When I was young it was just me and my mom.

And we didn’t have much money.

I could whine about how unfair my life has been, but whining is what victims do, not men.

And the truth is, I had it easy compared to many people in the world, who grew up in real poverty or sick or without parents.

Instead I define myself by my achievements and by my character as a man.

Growing up fatherless made me stronger than other men.

I learned to rely on myself and solve my own problems.

Now I get paid to solve problems for other men.

To teach other men how to be victors.

SO HOW DO YOU BECOME A VICTOR?

Believe in your own self worth.

Believe that you’re capable and worthy of good things.

If you don’t believe in yourself no one else will.

Dedicate yourself to victory.

Develop a mentality of achievement and define yourself by your accomplishments.

Judge each day by how much you’ve achieved.

Define your life’s purpose – what you were put on this planet to accomplish.

You should be able to tell this to a complete stranger in one sentence.

A man on a mission can change the world, a man without one is lost.

Failure is an inevitable step on the path to victory.

Don’t let your losses define you.

View the inevitable failures along your path as feedback and learn what not to do.

Promise yourself that you will never quit your mission until it’s accomplished.

This is especially true when things gets tough.

Are You Committed To Total Victory?

I’ve given you the road map but the rest is up to you.

If you’re not willing to commit then I can’t help you.

I can only help guys who are willing to help themselves.

Guys who are willing to do whatever it takes.

Guys who refuse to be victims of a cruel, unjust world.

If you’re not willing to make the commitment to victory that’s OK, the world always needs more victims. 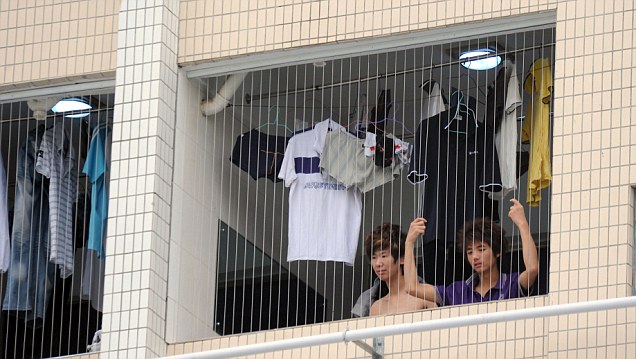 Victims like the men who live in a factory and work fifteen hours a day to make your iPhone.

Men who need suicide nets on their windows to stop them from jumping.

Men who are sentenced to a lifetime of slavery for being born in the wrong country at the wrong time.

Men who would kill for a shot at victory.

I feel for these men in my heart but I won’t be one of them, will you?

By being born in a western country you have a choice that these men don’t have.

By being born in a western country you have an opportunity that these men can only dream of.

The Choice Is Yours

Are you going to be a winner or a stepping stone on another man’s path to victory?

Are you going to call the shots or call another man your boss?

Are you going to take what you want or let another man have it?

Will you Be a victor or a victim?